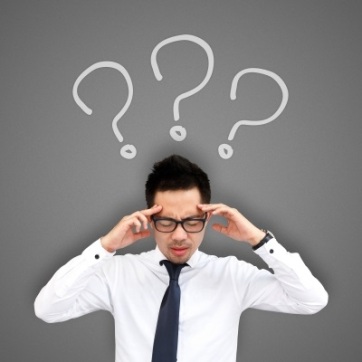 Image courtesy of Chaiwat at FreeDigitalPhotos.net

Growing up Catholic, every so often a question or even a doctrine would be explained away with the sentence, “It’s a mystery of our faith.”

What falls into this category?

The trinity, for instance, was explained to me this way. That’s the doctrine insisting that the Christian God is 1 God in 3 persons: the father, son, and holy spirit. Are they completely separate minds, or the same person in the mental sense? Neither? Who knows! “It’s a mystery.”

The supposed miracle of transubstantiation, when the communion wafer is believed to literally become Jesus’ body and the wine his blood, is a mystery. Calling it a mystery is also supposed to explain why that’s a miracle–even though the wine still looks and tastes like whatever Fr. Peter always buys, and the wafer still looks and tastes like cardboard.

The Catechism of the Catholic Church claims that Jesus’ whole life is a mystery!

To be fair to Catholics, here’s a website where they’re the ones giving a definition of “mystery” and explaining the doctrine. They say, among other things:

“…a mystery is a supernatural truth, one that of its very nature lies above the finite intelligence.”

In other words, not only are humans currently incapable of understanding mysteries of the Catholic faith–they can never understand them. A mystery “lies above the finite intelligence,” [of humans]. Over time, I came to understand that a mystery in the religious sense was something I would never learn no matter how hard I tried. So when someone–a parent, a religious education teacher, a friend’s parent–told me something was a mystery, I  naively accepted that explanation.

As an adult atheist, those explanations of “It’s a mystery of our faith,” seem so convenient. Of course the complicated or particularly crazy doctrines are “mysteries!” That way, no one has to explain them. Except of course to just say that those are the Catholic beliefs. One must be able to picture Saint Patrick using a shamrock to explain the trinity, understanding the concept of the ridiculous belief itself, all the while simultaneously accepting that HOW there can be one god in three persons is a mystery.

The fact that mysteries are defined as something no one can possibly understand makes them perfectly crafted to evade human questioning. Why try to discover what you can never comprehend? With doctrines like this, is it any wonder that religion has persisted so long? It has built-in teachings to discourage people from doing the natural thing when they are given a ridiculous claim. Instead of being encouraged to ask, “Why is there a talking donkey in the Bible,” they’re instead told “It’s a mystery. Some things can’t be explained. But God has a plan!”

The convenient doctrine of the mystery leaves me all the more convinced that more likely than not, some human beings many many years ago wrote a story. And a religion began out of that story, and people who loved power emerged as that religion’s leaders, building rules like this into the faith to keep people from questioning their authority. It makes a lot of sense. Way more sense than talking animals, Noah’s ark, and a virgin birth.

Do any of you have experiences relating to the doctrine of mysteries? Do other denominations emphasize them as much as Catholics do? I’m curious. Feel free to leave a comment. All opinions are welcome. Just be respectful and think things through before posting.