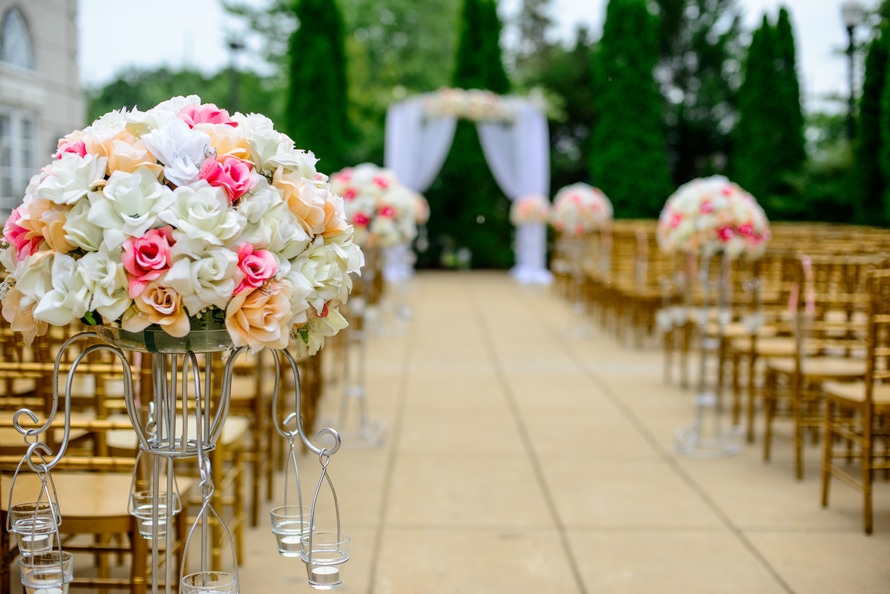 My fiance and I just selected a venue for our wedding. (One of the big reasons why I’ve been posting less frequently has been just wedding stuff.) After that, the next big order of business will be something I’m pretty nervous about: finding an officiant. My fiance and I have decided that we want a secular wedding ceremony, which means we’ll need to find an officiant in our area who can do that, and figure out whether or not using a secular officiant affects the legal side of things. Does our state care who the officiant is?

That’s not even my biggest concern.

Having a secular wedding means a lot to us as secular people. For me personally, it means saying my vows in a setting that reflects my personal beliefs and worldview rather than just those of my family. It’s the couple making the promise after all. I think it’s important for the promise to be in a format that we personally find meaningful, but for our families, it may be a source of confusion or even conflict.

For many people, a wedding is simply always a religious ceremony. In Catholicism, it’s  a sacrament, so it may be difficult to explain to our religious relatives that we’re not having a priest or minister perform the ceremony.

We might even have a female officiant. (Not that we have to. I’m just very open to the idea.) But in Catholicism, since women can’t be priests, women just don’t marry people. That means something as unimportant as the gender of our officiant could really weird out some members of my family. It would be absurd to them. What if that makes my parents think my marriage isn’t valid?

Maybe these fears are unfounded though. Secular weddings are increasingly common now. How many popular TV shows have had a friend of a couple marry them? Like Barney performing the ceremony for Lily and Marshall in How I Met Your Mother or several friends officiating at Howard and Bernadette’s wedding in The Big Bang Theory–it’s kind of a cool thing to do. My parents have seen some TV weddings like this. Maybe the idea of a nonreligious officiant isn’t as foreign to them now as it would have been a few years ago.

Only time will tell with this one. I’ll probably end up sharing more about our secular wedding experiences, so if you’re interested in any specific details be sure to let me know and I’ll try to reply or maybe even bring them up in a future post (once we’ve made those decisions. We’re still not that far in the wedding planning process yet).

Have any of you been to secular wedding ceremonies in the past? Maybe even had one yourself? I’d love to hear about your experiences. How did family and friends respond to a nonreligious ceremony?

All opinions are welcome! Just be respectful of others and think things through before posting.

10 thoughts on “Wedding Officiants and a Life Update”