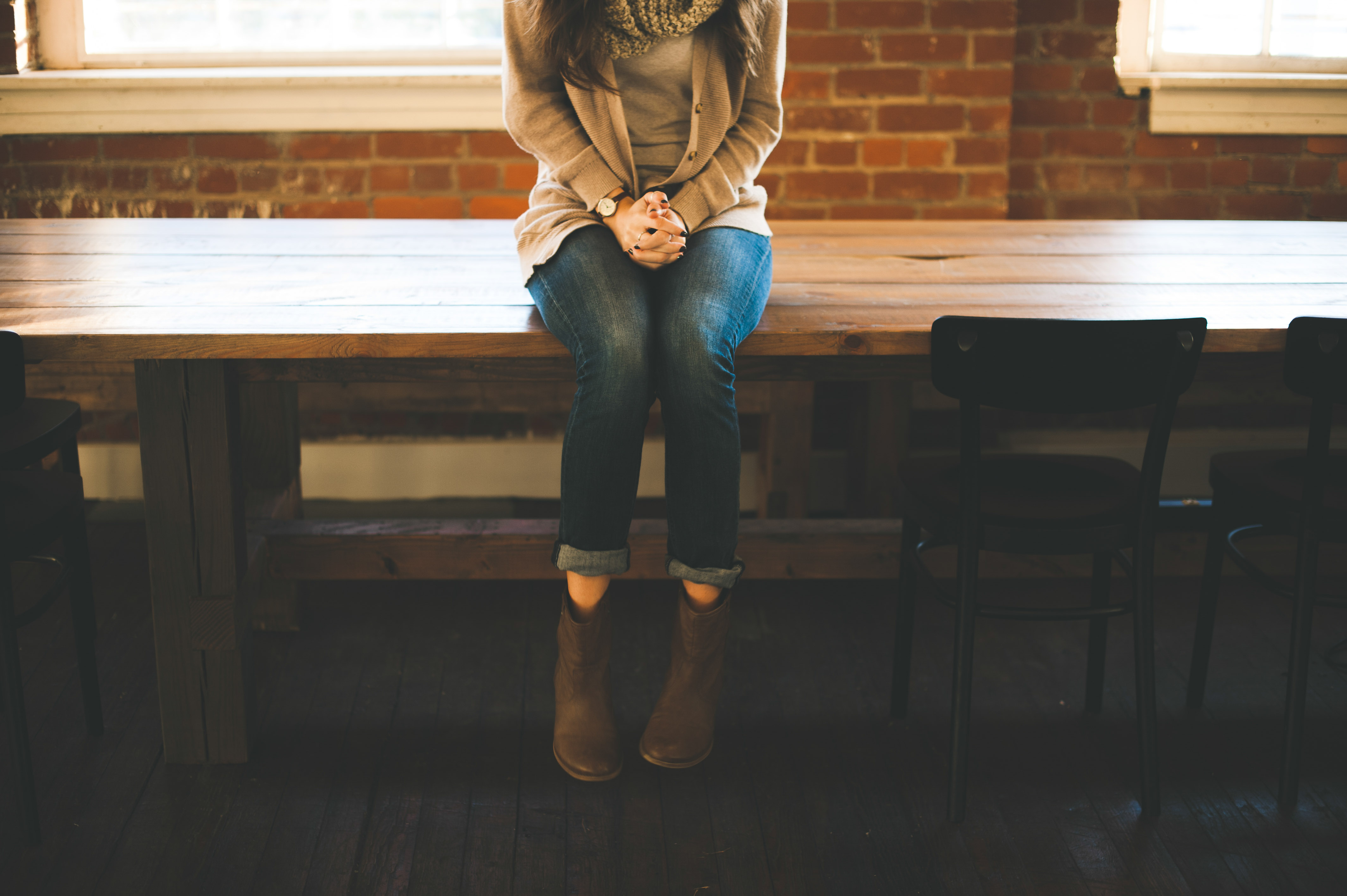 An old acquaintance of mine from my homeschooling days has been making some pretty infuriating comments on social media about Ke$ha’s recent court case. In case you don’t know, Ke$ha has stated that her producer and writer, Lukasz “Dr. Luke” Gottwald,  raped her for years. She has since attempted to end  her contract with Sony (which she signed at the young age of 18) to avoid having to work with her abuser. Many people have claimed to know for a fact that Ke$ha is lying, and simply trying to get out of a contract. Others, many of them part of the feminist movement, have assumed she is telling the truth and rushed to defend her. I find myself in neither camp, feminist though I may be. I firmly believe that regardless of the crime they are being accused of, people are innocent until proven guilty. However, all allegations of abuse should be taken seriously regardless of who is being accused. Think about all the high profile cases that have come to light recently. Bill Cosby comes to mind. It’s completely unjust to immediately assume that a victim is lying, but I’m not going to talk about Gottwald as if I’m positive he’s guilty. He hasn’t been tried.

My acquaintance is among those who assume that Ke$ha is lying, and the reason my acquaintance gave for that assumption isn’t even a good one. Rather than pointing out that Ke$ha stands to gain more control over her career by having her contract with Sony thrown out, my acquaintance instead complained that Ke$ha waited so many years to report this abuse. My acquaintance said (I’m paraphrasing) people don’t wait that long (I believe it was around 10 years) to report abuse, and if they do, then it’s their fault if the abuse continues because they should have reported it. She added, “So many women lie about rape I’m doubtful.”

The ignorance and victim blaming in that statement is mind boggling, and frankly it touched me in a personal way. This friend and I haven’t talked in years, so I didn’t bother to comment–luckily, another friend of hers argued with her about this and made some very good points. The reason this bothered me so much is that I was sexually assaulted myself, (Not raped. I was fortunate that it didn’t go that far.) and in an abusive relationship with the boy who did it for about a month during high school. I never reported it, and at the moment I have no intention of doing so.

That’s not because I want it to happen to other people, nor is it, as my acquaintance suggested with Ke$ha’s case, because it never happened. My main reason for not reporting it is that there simply isn’t any concrete evidence to make a case against him. All I have is my word against his, and while I don’t know what the statistics are in cases of sexual assault, it’s true that most accused rapists walk away without facing jail time. I hope he never harms anyone the way he harmed me or worse, but I know I don’t have enough evidence to do anything about it, especially because for some reason, people often don’t believe rape and sexual assault victims by default, and as the article in the above link explains, the police are often not properly trained to talk to victims.

This if course begs the question, why didn’t I report it sooner–like right away, when I might have been able to produce some evidence? There are two reasons for that, neither of which I had any control over:

Eventually, I figured it out. When I said “Please don’t touch me here. I don’t feel ready for that,” he would wait a few moments, then almost immediately try to do the thing I had specifically told him not to. This happened multiple times. With his claims of being suicidal, I felt obligated to allow him to touch me, so I didn’t protest while it was happening. For too long, I thought that meant it was consensual, that even though I hadn’t wanted to I had technically agreed. Having been raised in a conservative family and taught that premarital sex was very, very bad, with no proper sex education covering the concept of consent, I didn’t know how to handle these situations I was suddenly finding myself in, where he would corner me and do whatever he wanted. It had never happened to me before. And to make it all more confusing, I was genuinely attracted to him.

He did not match the image of a sexual abuser that we get from the media. I used to picture ruffians: fat middle aged men with crooked teeth, scraggly beards and balding heads who couldn’t get any action through acceptable means. And that’s the image we’re given through various rape narratives hidden in our culture. For instance, as an English major, I learned that Little Red Riding Hood is a cautionary tale portraying a little girl’s loss of innocence as she is accosted by a stranger on her way to grandma’s. I may be ruining your favorite fairy tale for you and I apologize, but earlier versions from oral tradition were very sexual and implied rape or at least sexual assault. We’re taught that there are wolves among us who can strike at any time. But statistics show that those wolves aren’t likely to be the strangers we pass in the alley. Instead, they’re the people we see every day. People we know.

My abuser was someone I knew, someone very attractive to me in multiple ways. He was a fellow Christian homeschooler who claimed to be saving his first kiss for marriage. He was athletic, ran frequently, and had a six pack. He played guitar, and we were in a music-related homeschooling organization together. Throughout the entire ordeal, he never kissed me. Not once. He could technically say he was still pure for marriage when he’d had his dirty hands all over me.

I was touched repeatedly without my consent, and choked on multiple occasions. I turned out OK after all that, after some serious struggles with anxiety over sexual contact. But I want people to understand that while I want very much for all victims of rape and sexual assault to be able to report what happened, that’s not always as simple as it sounds.  For starters, we have to come to terms with the fact that this actually happened to us. That alone can take a very long time, and that process is all the more difficult when the authorities don’t know how to talk to victims.

I’ve read too many personal accounts of women being asked what they were wearing when they were assaulted–and not as a means of collecting evidence, but as a way of implying that the victim was somehow to blame. I’ve seen that the percentage of rapists who face jail time is embarrassingly small in this country, while we put people away for possessing something as harmless as marijuana. I’ve read the news stories about multiple municipalities with thousands upon thousands of untested rape kits. Those are cases where they actually have DNA evidence, and they never did anything with it. Seeing these news stories, how am I supposed to feel confident that the authorities will take my case seriously? How am I supposed to trust them with my testimony? Especially when my testimony is all I have? My parents don’t even know that this happened to me.

There were no witnesses. As is the case with many sexual crimes, all of this happened behind closed doors. The people who know about it only know because I told them. Rape and sexual assault are very difficult crimes to prove, because sometimes there is no evidence. Sometimes, as in my case, the person isn’t forced into it through violence. I never had his skin under my fingernails. Sometimes it happens entirely out of sight. And sexual contact can be consensual. So how do you prove that in your case it wasn’t?

Those are the circumstances in which I chose not to report my sexual assault. I can’t speak for why other people don’t report, but I can empathize with them. Say what you will about this, but can I really expect the authorities to accept a case that is built entirely on my testimony?

I have so many difficult questions.

I don’t want innocent people put away for rape, so I do have to accept the need for evidence based convictions. I don’t expect people to just believe rape victims based on the fact that they’re accusing someone of a serious crime. But I do want those victims to be taken seriously. I want their claims to be investigated. I want their rape kits tested. Is that really too much to ask?

If you have any thoughts about the way rape and sexual assault victims are treated in this country, feel free to share them in the comments. Please be sensitive to victims and be respectful of others. This is a very painful issue for many people.

7 thoughts on “Why I Didn’t Report My Sexual Assault”